END_OF_DOCUMENT_TOKEN_TO_BE_REPLACED

Err... I hope I have written it correctly.

No, I am not a .NET or C# enthusiast. But if you are one and looking for some excellent .NET expertise, you must start following the following blogs. They are producing great real-world .NET information on almost a daily basis.

You'll get too many lists of developers around the net but I don't want you to nuke the whole thing and get away from the blog-reading thing. I would suggest you take a moment and go visit each one of them. Yes, it will take a long time but the time spent will be a worthy investment.

So in no particular order, here are the top 40 .NET developers:

Scott is a programmer, teacher, and speaker. He works in Open Source on ASP.NET and the Azure Cloud for Microsoft. He writes a lot about technology, culture, gadgets, diversity, code, the web, where we're going and where we've been.

Go check out his blogs at Scott Hanselman. 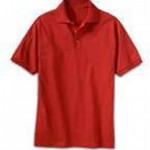 Unfortunately, I didn't find any of his pictures. This T-shirt picture is his Twitter pic. Well, everything apart.

Scott is executive vice president of the Microsoft Cloud and Enterprise group. He is best known for his work on ASP.NET, which he and colleague Mark Anders developed while at Microsoft.

You'll always find something interesting and well worth to look for in Scott Guthrie’s blogs. 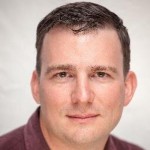 Eric Lippert is a developer on the C# analysis team at Coverity. Eric writes about C#, JavaScript, and other programming languages. He is the author of several books on programming and has edited programming books as a hobby.

Head on some fabulous adventures in coding with Eric's blogs. 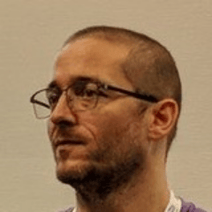 Marc Gravell is one of the greatest, insightful, and helpful.NET and C# developers, and he actually works at Stack Overflow / Stack Exchange. He has been awarded the Microsoft MVP 12 times and has an over 900K reputation on StackOverflow.

Visit his blogs at You've been Haacked. 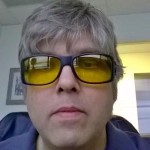 He is the founder of Ode to Code. Ode to code provides tutorials and practical code examples. A must-follow for those who want to improve their coding skills.

Also Read: The iMocha Guide to Hiring C# Developers in 2021 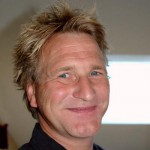 Have a look at Rick's articles here. 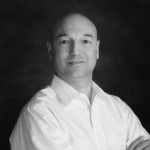 Joe is the creator of LINQ to Twitter Open Source Project. He has over 25 years of Software Industry Experience. Joe specializes in Microsoft .NET technology and can build all types of applications to include cloud, desktop, mobile, and Web. 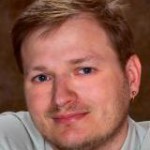 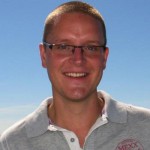 Maarten believes “A developer is a machine that converts coffee into code.” Bingo!

Check out some of Maarten's insightful articles here. 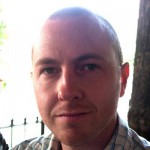 Steve is a web developer and works with Microsoft on the ASP.NET team. He has a strong interest in software technology with a particular interest in building rich JavaScript apps. 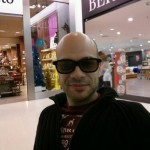 Have a look at Luis's articles here. 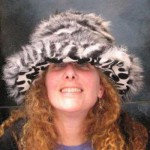 Julie Lerman is a Microsoft MVP (since 2003), mentor, and consultant.  She is well known in the .NET community as a Microsoft MVP. Julie blogs at thedatafarm.com/blog, is the author of the highly acclaimed “Programming Entity Framework” books, the MSDN Magazine Data Points column, and popular videos on Pluralsight.com. 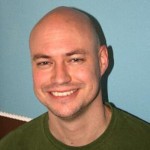 Have a look at Jon's articles here. 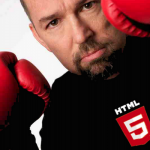 He has 30 years of experience in Software Technology. He specializes in C++, Delphi, Java, JavaScript, Visual Basic, C#, PHP, Python, Ruby, Smalltalk, and a few languages you wouldn’t have heard of.

Read some of his awesome blogs at MisfitGeek

Mukesh is a self-taught software engineer with a particular interest in.NET technologies.

He is an active member of the open-source community, with the source code for all of his blogs and side projects available on his GitHub account. 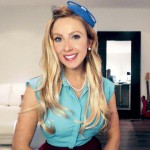 Iris Classon is an appreciated speaker, writer, blogger, and Microsoft C# MVP with a tremendous passion for programming. She specializes in C#, F#, HTML & CSS, WinRT and JS & TS. 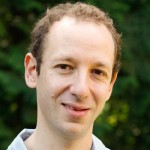 Have a look at David's articles. 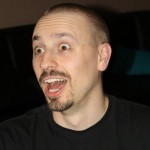 Damian is a Program Manager at Microsoft on the ASP.NET team. He is also the creator of the Web Forms MVP and SignalR open source projects. He specializes in ASP.NET, Software program management

Catch his thoughts on ASP.NET, SignalR, and Tech on his blog. 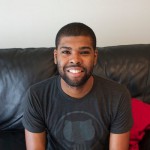 David ASP.NET software developer at Microsoft. He is the creator and lead developer on SignalR. He is experienced in C#, JavaScript. Experienced in web development with ASP.NET and SQL Server. Also an active OSS developer and contributor.

Check out his blogs at Unhandled Exception. 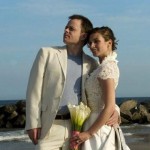 Corey is the Co-Founder and CTO at Hearken. He is a Speaker, teacher, co-founder of Code Retreat, and developer on MercuryApp and Slottd.com. With a focus on agile principles, techniques, and object-oriented development practices. 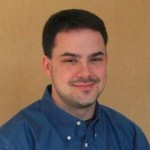 Eric is Software Engineer at Google Chrome. He has created Fiddler and SlickRun.  He specializes in .NET, JavaScripts, Web Applications, C#, mobile technologies.

Eric talks about the web and software in general at Text/Plain. 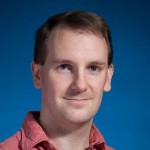 Jon is a Software engineer at Google. Jon spends much of his day coding in Java, but his heart belongs to C#. One of his hobbies is helping other developers on sites such as Stack Overflow.

If you are passionate about C# read his  C# in depth. 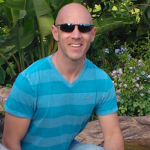 John Papa is a well-known Silverlight expert and is a former Sr Technical Evangelist for Microsoft on the Silverlight and Windows 8 client teams. He currently enjoys authoring courses for Pluralsight and johnpapa.net.

He specializes in professional application development with technologies including Windows, HTML5, JavaScript, and CSS, Silverlight, and WPF, C #, .NET, and SQL Server 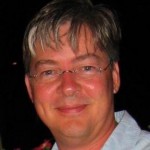 Anders Hejisberg currently works for Microsoft as the lead architect of  C# and a core developer on TypeScript.

Anders Hejlsberg is a software engineer who co-designed several popular and commercially successful programming languages and development tools. He is the original author of Turbo Pascal, Chief Architect of Delphi. Also co-author of The C# Programming  Language. 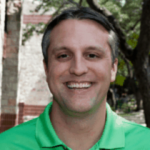 Director of Development at Dovetail Software. Speaker at the Austin .NET User’s Group and the ADNUG Code Camp. He writes about .NET and many other technologies at LosTechies. 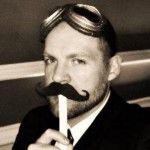 Drew is a Chief software architect at Mimeo.com. Enthusiastic about .NET with a strong liking for distributed systems architecture. 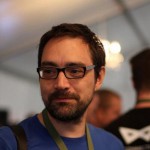 Simone Chiaretta is a software developer/architect. He codes on the .NET platform, both for business and for fun since 2001 when .NET was still in the Beta version. He also wrote a book about ASP.NET MVC and a news feed reader for Windows Phone 7

You can read his blogs at CodeClimber. 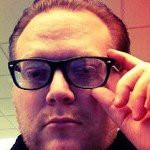 Scott has been programming since 1995. He specializes in JavaScript, C#, ASP.NET, T-SQL, HTML.

He has named his website Lazycoder. Because he says, "if it weren't for "lazy" programmers, we’d still be using punch cards or wiring up circuit boards by hand." Well, that's true! 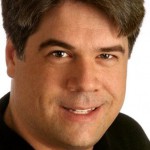 Stephen specializes in ASP.NET, Meteor, and JavaScript. He is the author of the best-selling book on ASP.NET and a founding member of several successful startups.

Stay updated with his Stephenwalther.com 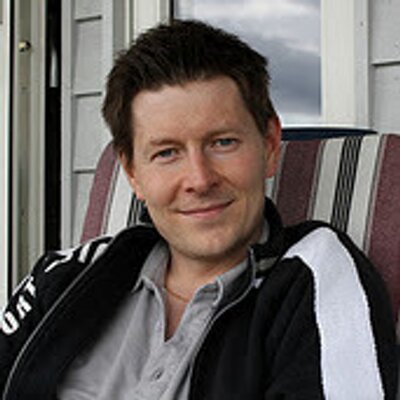 Sergey is a seasoned developer with over ten years of.NET application development experience. He's a full-stack engineer with a passion for DevOps.

For being a true contributor to the Azure community, he was awarded the rare Content Hero badger. To learn more about the Azure Heroes program, click here. 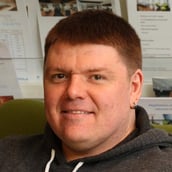 Stay updated with his Dmitry Pavlov

ASP .NET Community Blogs - Not a single author, a community of blogs from a huge number of contributing authors. Get tips and tricks from some famous authors from their day-to-day experiences on ASP.NET Community blogs.

The Software Development community is ever-growing. The appeal of Microsoft .NET is growing among employers looking to fill positions requiring those .NET development skills in particular. To help employers choose the best .NET Developers, iMocha has created an online C# .NET test to assess and hire C# .NET developer.

If you know of some developers or really helpful sites, drop a comment and let us know about them.

Till then Happy Programming!

From the incredible workplace environment, right through to our health and wellbeing yoga classes and occasional pizza parties, it’s no surprise that our employees feel that iMocha is a ‘Great Place to Work’.